One of the most effective ways to customize your smartphone without making any permanent changes is to install a launcher. Launchers allow you to take the benefit of tons of custom Android themes and icons, as well as offering near complete control over how your phone works when switching screens, launching applications and more. Here are the best launchers for your Android smartphone or tablet available on play store.

Smart Launcher Pro 3 has its own character, very different from other launchers from the list. It begins with small steps to configure where application asks you to prefer default apps for calls, music, and photos from those you have installed (if you have any installed).

Choose your preferences, hit start, and you will get a single home screen populated by six apps, some of which are those that have just chosen in the previous step. A swipe left brings up an organized app drawer (Smart Launcher organizes it automatically, you can not change the order) and swiping to the right brings up several screens designed for widgets.

That’s it. A single home screen with six applications. You can add more apps or remove existing ones, as well as customize what they do. But, importantly, you can not add more home screens.

This, I presume, is to force users to create a manageable single space. If you are aiming for a less cluttered home screen, Smart Launcher Pro 3 necessitates it.

Smart Launcher Pro 3 includes a handful of functions to make single home screen usage easier. Foremost among these is the extra function that each app shortcut can make use of. You can use a single tap for one action or a double tap for another. This is a great way to save space on the home screen because each app button has the potential to open two apps. Nova is the most popular launcher for Android since its launch. Many put this application as an excuse to buy an Android device rather than an iPhone, and it ‘s easy to understand why.

Nova is not very impressive when the first time you open it, it looks like any other. You won’t see 3D floating clocks or animated weather apps like in some launchers: it includes just three folders named Google, Create and Play, a Google Search Bar and a Gmail widget on the left home screen.

But open up the settings menu and you will find a ton of options for customizing a whole range of features: from app margins and sizes to font colors and appearance, to your app drawer layout and animation effects, to screen gestures, to dock settings to unread badges to the icon sizes; the list goes on.

READ ALSO:
How to Stop Netflix from Auto Playing Previews of Movies or TV shows

Basically, as far as customizing Android without Root, Nova Launcher offers about as many options as you are likely to find.

This launcher is filled with small but impressive details like the ability to add a colored dock bar to the background of the bottom shortcuts area (where you normally find your Camera, Dialer, and Contacts apps). It’s purely an aesthetic option, but the fact that you have options like this makes Nova so interesting.

You can also alter the number of app icons which appear in the dock, from one to seven – a feature you won’t find in most other launchers which optimize the space at the bottom screen. Like Apex Launcher, it even lets you increase the number of these dock pages (in this case up to five).

The overall performance is buttery smooth and Nova supports a slew of gestures. I can’t help but find it incredibly cool when I use the clockwise two finger gesture to open my banking app – as if cracking open a safe. It’s the potential that Nova Launcher offers a smartphone that makes it so worthwhile.

TeslaCoil recently updated their app, so the Nova Launcher Version 5.4 is now live. The new version is equipped with a ton of functions, some of which are very similar to Google Pixel. This version introduces a Pixel-style search bar, Android 7.1 shortcuts, a “swipe to open drawer” command, and much more.

This launcher is developed by Microsoft. Before you go run and hide, I’ll tell you a few reasons to consider it. First, it has a look very different from the rest, no bloatware no boosters and it’s free, so it’s okay to try.

But also unlike many other launchers, its focus is not on fancy looks and dazzling animations; Arrow Launcher appears to be aimed at business-type users. This is evident from the use of its relatively plain wallpaper and home screen headings like People (a contacts list) and Reminders.

Another of Arrow’s strengths is its Recent menu. I don’t use the native Android recent apps menu because I think it’s clumsy – I have dozens of thumbnails of every previously used app, so finding what I want can be difficult.

Arrow is a light and simple launcher compared to most others but because of this it does have fewer customization options: you can’t change app icon sizes and font styles here (though you can use custom icons).

Regardless, it’s still one of the best launchers in my recent tests. It’s a dry Microsoft product that lacks some versatility, but it’s nonetheless fresh, unique and something which I’m sure could serve a certain type of user better than its stock launcher.

READ ALSO:
How to Stop Netflix from Auto Playing Previews of Movies or TV shows

This Launcher is a feature-packed launcher with free and paid versions, but even the non-paid version offers a huge amount of customization and doesn’t contain ads or bloatware apps.

Apex Launcher is in many ways very similar to Nova, offering a lot of customization which can even export to other devices with a configuration file. It also supports dock bars, folders, icon packs, and wallpapers unlike Nova it supports many themes.

Your start button can be customized to accommodate more than one action.

One of the excellent features of Apex is that you can make use of many dock bars. This is traditionally comprised of four to five fixed buttons, but, like home screens, Apex Launcher permits you to make use of a few of these. This means that you can optimize toolbars for certain tasks.

This is a strong alternative to Nova Launcher and definitely its closest competitor, there really isn’t all that much daylight between the two; if you glance at their settings menus they almost identical.

But Apex hasn’t been updated in more than a year now: it’s not really optimized for the latest Android versions. It’s light on transition effects and lacks a transition effects animation preview, which would be nice. It’s also light on gestures, though more of these can be added to if you purchase the pro version.

Developed by the developers of Swiftkey, this alternative app launcher claims to be rather simple but still efficient and innovative. In addition to the Swiftkey keyboard that allows you to type by sliding between characters, Hexy Launcher can also place all your apps on a single screen. A must for those in a hurry!

How is this possible? How do I find it? To be honest, it’s easy: it’s a map, like Google Maps. The apps are grouped together by genre, color coordinated and centered around traditional functions such as Calls, Messages, etc.

Unfortunately, Hexy Launcher doesn’t have settings or themes. As for the app’s origin, it originates from an event that was organized by the Swiftkey editor himself. To come back to the subject, it’s possible to add any widgets you want, as well as being able to resize them and position them wherever you want. 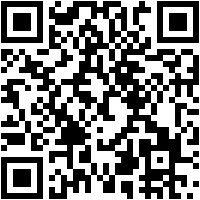 Don’t forget that you can also install Google Now Launcher, the launcher that made its appearance with the release of the Nexus 5 and Android 4.4 KitKat.

What do you think yourself the best launcher for Android?