The Best Offline Apps For Android

The Best Offline Apps For Android

It seems that almost all the applications we install on our smartphones require an internet connection to be really useful. However, you can not always enjoy internet access. For times like this, you have this great list of Android offline apps to survive.

No news app can be 100% offline, clearly. At some point you will need internet connection in order to update the news.

However, Technobugg wins this position in our list by providing a unique and awesome design, and placed things very well. The app has well spacious and easy to read without burning your retina. Speaking about the category section, it has various categories like Android, How to, Windows, Mobile/Tablets, Telecom, Internet and many more. 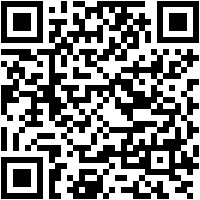 Pocket is one of the most popular offline reading apps on Google Play. It can be used to download articles, videos and other content that you can find on the internet, you can read it later offline. Just click on the save icon in the article you want to save and select Pocket to read it later.

TripAdvisor is, today, the king of travel applications. Thanks to the support of a growing community, opinions, photos and comments from other travelers are offered, so that activities and attractions are classified according to what people say about them.

TripAdvisor used to have city guides that could be downloaded externally, but now this feature has been included within the app itself, including offline access to reviews, maps and photos from more than 300 cities. 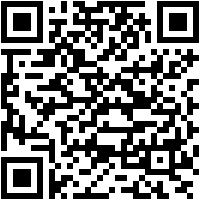 Calm down, we have not gone crazy. Although Google Drive is one of the largest cloud storage services in the world (for example, to save your documents or photos), it also allows you to download photos or documents to your device. Then you will be able to work on these files without the need of the internet, and the changes you have made will be synchronized once you are connected again.

To do this, click on the menu icon or the one containing an ‘i’ symbol in Google Drive, then click on the Offline Access switch. You can do this in every file you want, so Google Drive will let you work on them outside the cloud.

Google Translate is one of the most easy-to-use and most effective translators out there (despite some ruthless attacks on grammar). You can speak or write in Google Translate to translate words or phrases in more than 90 languages.

These key features are available offline, you have downloaded the languages ​​you need for translation. You can save your translations, so you can refer them again later.

Using the old version of Google Maps offline was a little uncomfortable, but since its last update, this functionality is better than ever. It is easy to download by clicking on the side menu in Offline Areas. From there you can download complete city maps, including Google’s navigation system, you can use all without connection.

The best part of all is that downloaded maps are automatically removed within 30 days, so you will not have to worry about apps that you do not use and are taking up space.

The Spotify app not only gives you access to millions of songs, but it can be configured to synchronize your playlists in the background, meaning that all music is automatically available when you are not connected to the internet. What’s more, it’s very easy to store all that music to a microSD card so it does not take up space on your device’s internal storage.

The premium subscription to Spotify costs € 9.99 ($14.99) per month, but it is one of the best services. There’s nothing better than saving a couple of albums to your device while you’re connected to the airport’s Wi-Fi network before a flight.

You may associate podcasts with streaming online, but you can also download all your favorite podcasts, giving you endless hours of listening pleasure. Pocket Casts is one of the best applications for this feature, allowing you to search hundreds of thousands of podcasts over the internet and then download them to your device.

Pocket Casts allows you to automate your downloads from your subscriptions, so once you’ve decided what you want to hear, episodes are downloaded in the background when you have access to a Wi-Fi connection (or data if you want).

What other offline Android apps do you use? Which do you think are the best? Share your opinions in the comments.

15 Must Have Apps for Investors

How to Upgrade your JioFi Hotspot Device?